Mostly made up of Spanish and African influences, the cuisine of the Dominican Republic has some really delectable food to dine on. Be sure to check out some of these top Dominican delicacies, and the best places to try them in Santo Domingo. 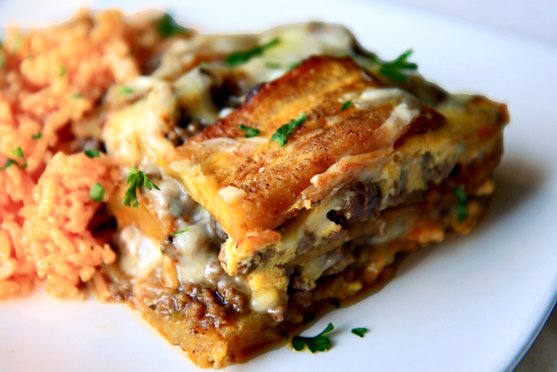 Be sure to sample pastelón de plátano maduro whilst visiting Santo Domingo. It is a layered dish that consists of meat, cheese, butter, onions, garlic and plantains (sort of like a Caribbean version of Italian lasagne). This dish varies from region to region, with some adding different ingredients such as raisins to make the dish sweeter. But the plantains are the main layer of the pastelón, which are thinly sliced and then fried and finally, baked. The best place to try this local delicacy in Santo Domingo is at Caribe Cocina Criolla restaurant.

For a traditional dish that is served in the Dominican Republic, why not sample the Chimichurri burger, also called the Chimi burger. Not to be confused with the Argentinian sauce, this delicious dish is made from delectable ground pork or beef that is sliced then grilled and served on bread. Garnishes include freshly chopped cabbage and a salsa is often added. You can find this dish usually on street stands in the Dominican Republic. The vendors each have a slightly different recipe that alter the taste of the chimichurris. For an sit-down version of this meaty delicacy, pop into VacaBar where they serve their Chimi burgers with so many toppings you can barely get the top bun on! 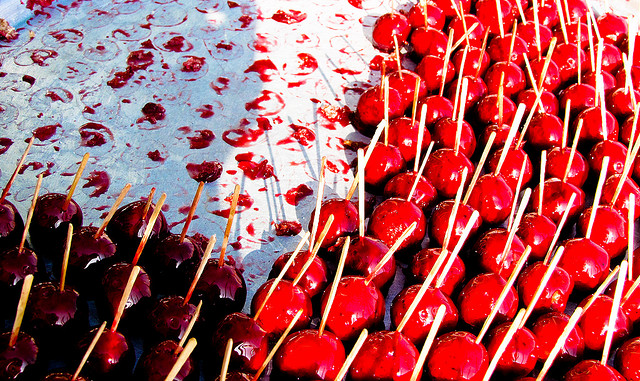 Palitos de coco is a must try dish in the Dominican Republic. Also known as memelos, churumbeles, coquitos and Coconut Pops, these shiny, red popsicles of delight consist of shredded coconut that is cooked in condensed milk. They are then shaped into small balls and then coated in a syrup. The delicious, sweet syrup is made from sugar, corn syrup and red food coloring. This dish is truly tasty and can be found as a dessert in many different restaurants all over the Dominican Republic, as well as on tonnes of street food stalls. 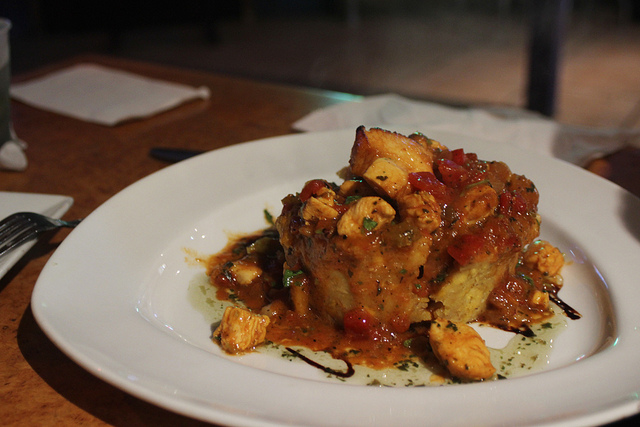 You might like to try mofongo if you are in the Dominican Republic. This is a delicious dish made with fried plantains which are pickled until they are green, and then mashed with salt and water in a pestle and mortar. These delectable dishes are served with chicharrón (pork cracklings) or bacon inside and the dressings include garlic and olive oil. There are variations of this dish, some are served with chicken, shrimp or beef which are served around the central plantain. The best place to try this tasty dish in Santo Domingo is at La Casa Del Mofongo; the clue’s in the name!

Wasakaka is a delicacy that definitely needs to be tried if you are in the Dominican Republic. It is usually combined with chicken as a savory sauce. This delicious dish is made of garlic, parsley, citrus and chili peppers. This delectable dish is similar to the flavors of Argentinian chimichurri and Cuban mojo as they share the same ingredients, though it is believed wasakaka pre-dates these now better known sauces. Try this tangy sauce at El Provocon 4to restaurant, Santo Domingo.

We use cookies on our website to give you the most relevant experience by remembering your preferences and repeat visits. By clicking “Accept”, you consent to the use of ALL the cookies.
Cookie settingsACCEPT
Manage consent

This website uses cookies to improve your experience while you navigate through the website. Out of these, the cookies that are categorized as necessary are stored on your browser as they are essential for the working of basic functionalities of the website. We also use third-party cookies that help us analyze and understand how you use this website. These cookies will be stored in your browser only with your consent. You also have the option to opt-out of these cookies. But opting out of some of these cookies may affect your browsing experience.
Necessary Always Enabled
Necessary cookies are absolutely essential for the website to function properly. These cookies ensure basic functionalities and security features of the website, anonymously.
Functional
Functional cookies help to perform certain functionalities like sharing the content of the website on social media platforms, collect feedbacks, and other third-party features.
Performance
Performance cookies are used to understand and analyze the key performance indexes of the website which helps in delivering a better user experience for the visitors.
Analytics
Analytical cookies are used to understand how visitors interact with the website. These cookies help provide information on metrics the number of visitors, bounce rate, traffic source, etc.
Advertisement
Advertisement cookies are used to provide visitors with relevant ads and marketing campaigns. These cookies track visitors across websites and collect information to provide customized ads.
Others
Other uncategorized cookies are those that are being analyzed and have not been classified into a category as yet.
SAVE & ACCEPT